Hay fever and Allergy with acupuncture

With spring here, so is pollen season, which is not good news for hay fever sufferers. Hay fever, or seasonal allergic rhinitis, is one of the most common chronic respiratory conditions in this country, affecting three million Australians. Now is a great time to get some with acupuncture if you suffer from hay fever or allergies

The main hayfever symptoms are as nasal congestion, sneezing, profuse runny nose with white watery discharge, pale complexion and slight headaches. In a few cases it affects the eyes and conjunctiva may become red and itchy. These are classified as wind cold symptoms according to Chinese Medicine. We aim to expel these wind cold symptoms and restore the energy of the Lung. The Lung organs weakness is either hereditary or due to problems during pregnancy or childbirth (Maciocia, 2000). 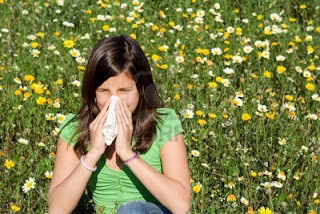 Some other tips to reduce hay fever and allergy symptoms naturally and without medications include: